For those who have never experienced a panic attack before, they can be difficult to wrap your head around. One minute everything’s fine, but the next your friend is acting anxiously for no reason at all. So, is this just a cry for attention, or are panic attacks real?

Panic attacks are very real and very frightening events. They can vary greatly from person to person, and may occur randomly or following a specific anxiety trigger. Panic attacks are an extremely intense, relatively short-lasting burst of fear, often accompanied by unpleasant physical symptoms.

It’s understandable that someone who has never had a panic attack may find them hard to understand or believe. You might assume that a panic attack is just regular stress being expressed by someone with a flair for the dramatic.

Read on, and I’ll attempt to dispel some of these myths, explaining what a panic attack is and why panic attacks are real.

Not only are panic attacks real, they’re also one of the most terrifying things a person can experience.

Panic attacks are also more common than you might expect. According to Harvard, an estimated 2.7% of US adults had panic disorder in the past year, and 4.7% had experienced it at some point in their lives. And this was just a measure of panic disorder (frequently recurring panic attacks), to say nothing of those who’ve experienced a one-time panic attack. So, studies definitely indicate that a good chunk of the population is suffering from panic attacks.

But you might still ask… are these people just being overly dramatic?

Maybe you believe anxiety exists, but you’re thinking that a “panic attack” is just what happens when someone overexaggerates their anxiety.

Well, science would have to suggest otherwise. Plenty of studies exist to demonstrate that panic attacks are more than just observable. Not only can scientists observe changes in the brain during a panic attack via neuroimaging, they can actually chemically recreate the same mental processes in individuals without anxiety disorders. These kinds of studies suggest that an individual’s experience is valid when they’re going through a panic attack; it is not something they are making up as they go along.

It’s important to remember that many mental health issues can be “invisible disabilities.” Panic attacks and panic disorder are just as legitimate as depression, OCD, social anxiety, PTSD, etc. Just as you wouldn’t question a veteran on the legitimacy of their PTSD, you shouldn’t doubt the legitimacy of someone’s panic attacks. Just because you can’t personally observe or relate to something does not make it untrue.

By now, I think that we’ve more than established that panic attacks are real. At this point you may be wondering… why do people have panic attacks? 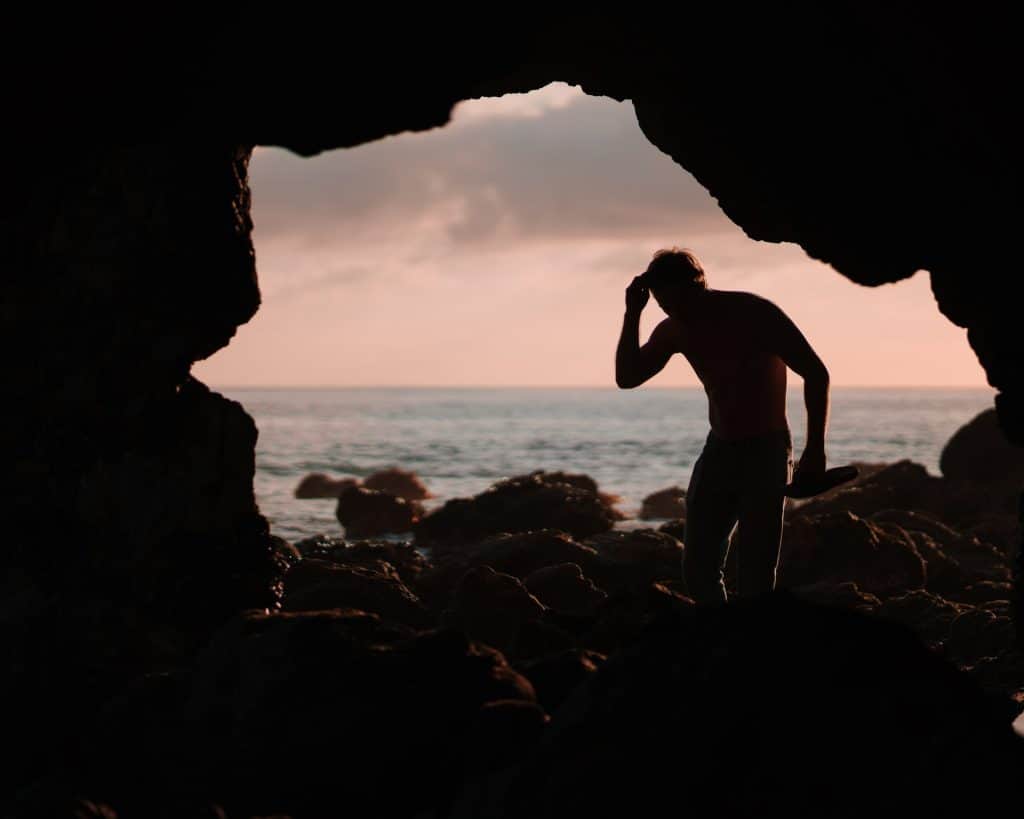 Why Do People Have Panic Attacks?

Like all forms of anxiety, panic attacks are the result of our brains’ ancient threat detection system, also known as the “fight-or-flight response.” Hundreds of thousands of years ago, as the human brain was developing, our brains were constantly on high alert. Our ancestors had to remain constantly vigilant of threats such as rivals or predators, which could threaten their survival. This feature of the brain was awesome for them, but accounts for much of our anxiety today.

With far fewer real threats to our survival, our fight-or-flight response tends to jump at shadows; like a fire alarm going off without any smoke present.

Everyone falls victim to this ancient anxiety to some degree:  the fear of public speaking, a phobia of snakes, fear of rejection, etc. These are all common fears leftover from what used to be very real and persistent threats for our ancestors.

For most people, such fears are just mildly unpleasant, and pass easily enough. For others, a sudden fear can quickly spiral into an all-out panic attack. Why some people respond this way is likely due to a combination of both genetics and their own unique life experiences.

At first, a panic attack might be caused by the build-up of stress over time; everything seems okay until one day the “anxiety floodgates” just burst open. It may also occur due to a specific trigger, such as a phobia. For some people, panic attacks may occur completely randomly, with no obvious cause.

Over time, repeat panic attacks can occur and evolve into panic disorder, as an individual learns to fear and avoid the very thought of having future panic attacks. 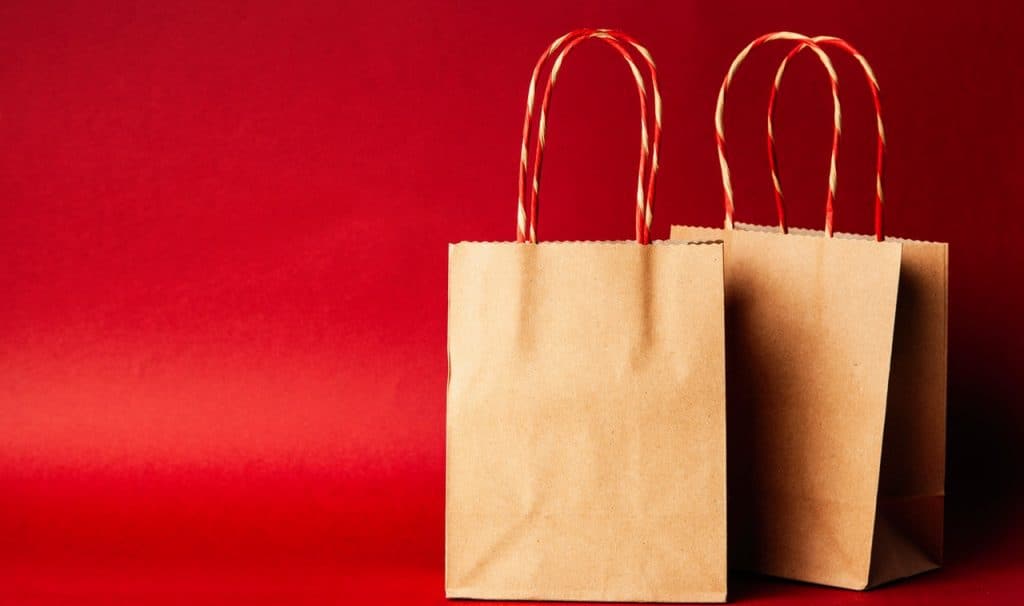 The tricky thing about panic attacks is that they look different for everyone.

The textbook image of a person having a panic attack is someone breathing into a paper bag, hyperventilating and sweating profusely. And sometimes, this is exactly what they look like.

But usually they aren't so obvious.

Some are more subtle, such as news anchor Dan Harris’ panic attack on live TV in 2004 (a panic attack that’s obvious in retrospect, but was still pretty subtle the way he kept it together).

Before I had control of my panic disorder, I would have panic attacks regularly; but you’d never know it. I looked completely fine, totally calm on the outside. Someone might recognize something was off if they were looking for it, but for the most part I looked normal.

One time, I had a random nurse come up to me one time and tell me “something felt wrong” with her. I told her I’d stay with her until we could get her proper medical attention, and I just sat with her and talked. She was telling me that it felt hard for her to breathe, and that something was wrong; she was a nurse, she said, she was sure of it! I asked her if she ever had panic attacks in the past, to which she sheepishly admitted that she had. I quickly recognized that it was a panic attack and just talked her through it.

This story really highlights how panic attacks look different all the time. Here was a medical professional who had actually had panic attacks before. Yet, in such a flustered state, even she was unable to think logically about the situation and recognize her symptoms. 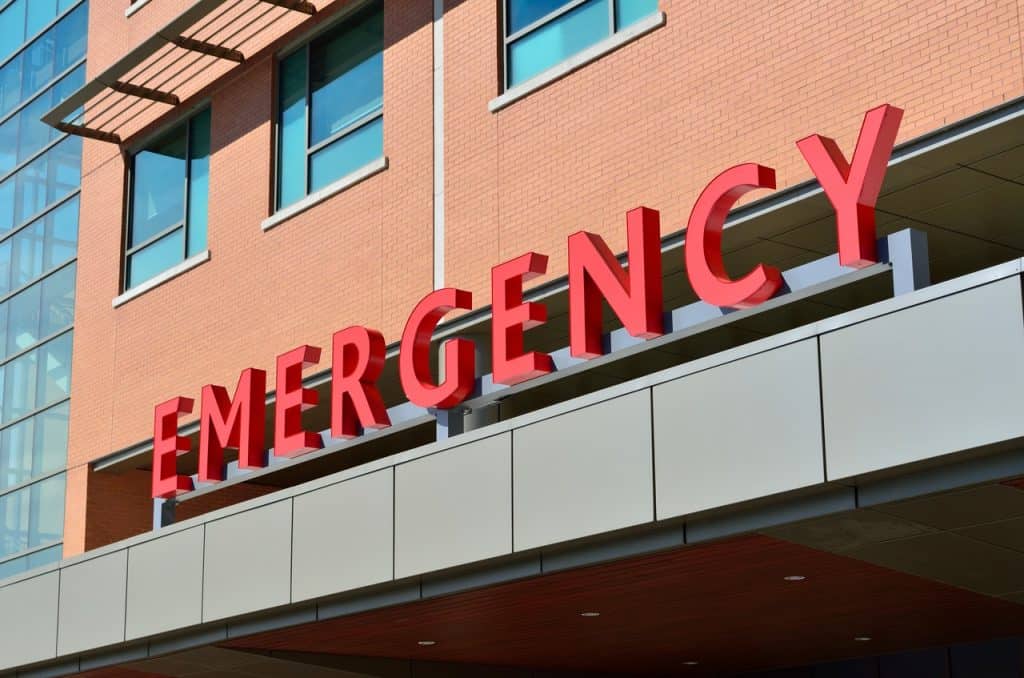 Is a Panic Attack an Emergency?

As we’ve discussed throughout this article, panic attacks are very real, very legitimate, and very scary.

But is a panic attack an emergency?

Well, to the person experiencing a panic attack, it can certainly feel like one. With my own panic attacks in the past, I would fall into a horribly negative anxiety spiral. I’d become increasingly aware of every functional aspect of my own body, and convinced that it was malfunctioning: my breathing felt off, my heart rhythm felt funny, my fingers weren’t moving correctly. You name it.

During my first panic attack, specifically, I remember lying on the couch thinking that I was having a heart attack. I had experienced a fairly normal heart palpitation, but I fell down the rabbit hole of anxiety and was quickly convinced that I was going to die. I literally wanted my parents to call me an ambulance at the time, because I thought that (at a fit and lean 15 or so years old) I was having a heart attack.

The story in the previous section, about the panicky nurse, is another such example. Even this nurse had allowed her anxiety to convince her this was an emergency.

The simple fact of the matter is, a panic attack is not an emergency. It’s just really, really scary.

Many people actually check themselves into the ER or pay their doctor a visit for an exam when really, they just needed to take a few minutes to cool down.

But they are not emergencies.

If someone you know is having a panic attack, there are plenty of ways for you to help besides telling them to just calm down, or by escalating the situation by bringing them to the emergency room.

For starters, you can explore this website for panic disorder resources, or just check out this article about how to stop a panic attack.

"Just calm down" not working for you?

Big surprise. Try this instead. 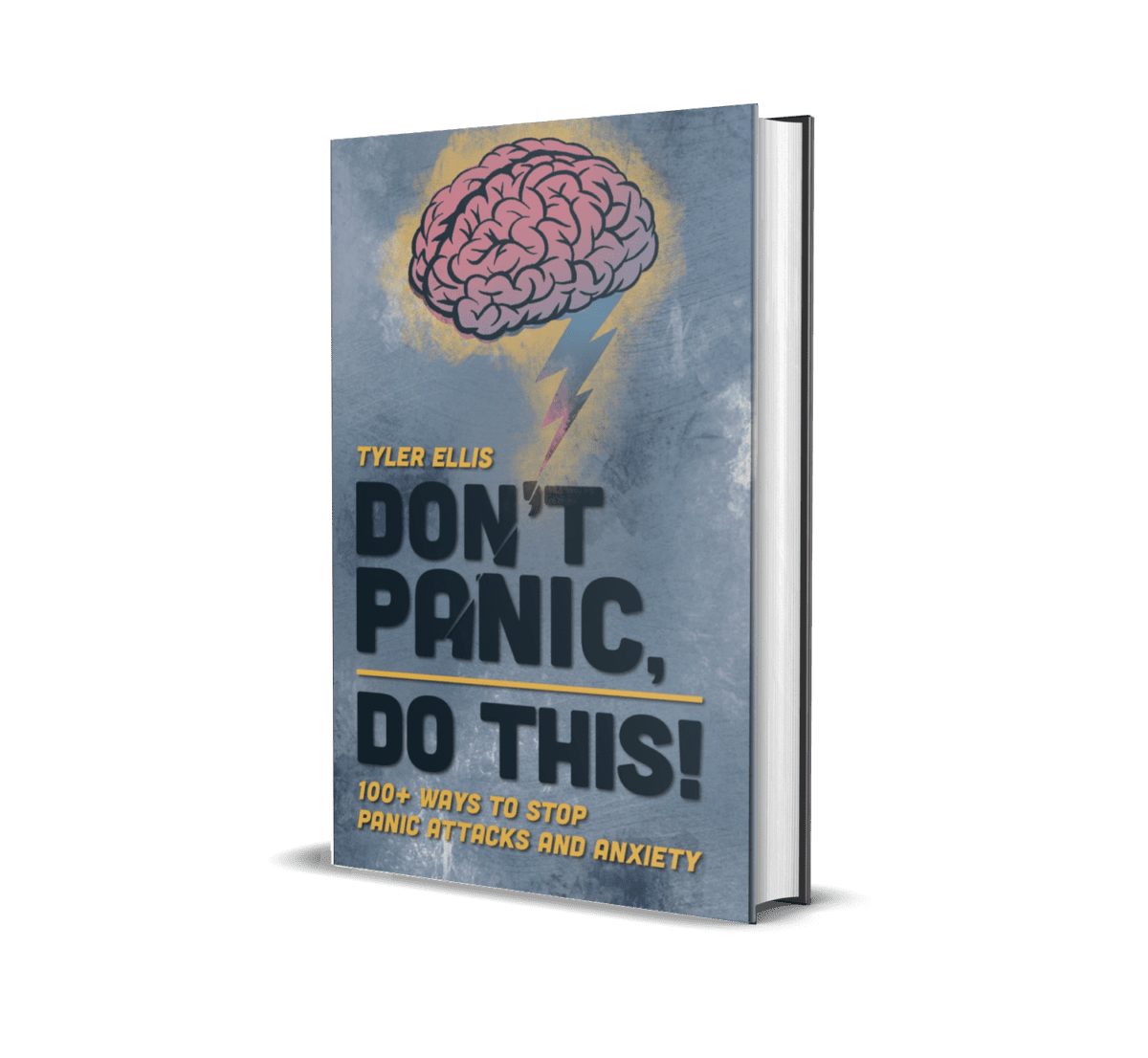 Loved this? Spread the word

Years of personal experience with anxiety disorders and panic attacks have led me to devise some pretty creative ways to keep my anxiety in check. In the past, anxiety and panic attacks felt like something I'd have to live with forever. Nowadays, panic attacks are a distant memory for me, and I'm free to pursue passions like writing and traveling the world. Hopefully, the information on this website can help you achieve the same. I do all the writing here myself, so don't hesitate to reach out with questions!

6 Hidden Benefits of Anxiety: How to Turn Your Anxiety into a Superpower

How to Stop a Panic Attack: 20+ Methods

Anxiety Relapse: What to do if Anxiety Comes Back?

How to Use The 333 Rule for Anxiety and Panic Attacks

How to Get FMLA for Anxiety (4 Easy Steps)

What’s the Best Anxiety Breathing Tool for You? (My Top 3)

Chill Chair Review: Everything You Need to Know

Lovetuner Review: Everything You Need to Know

Please log in again. The login page will open in a new tab. After logging in you can close it and return to this page. 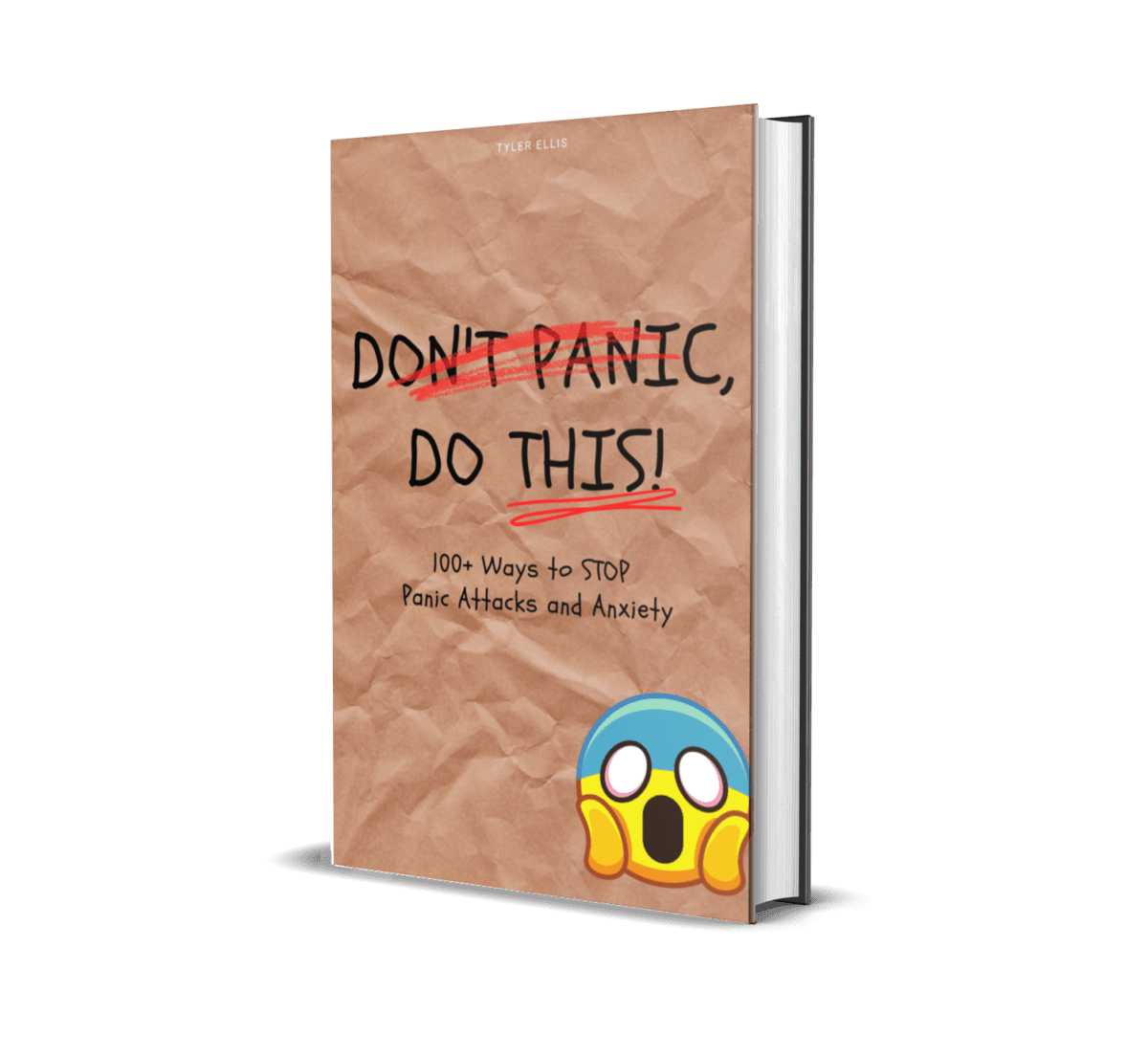